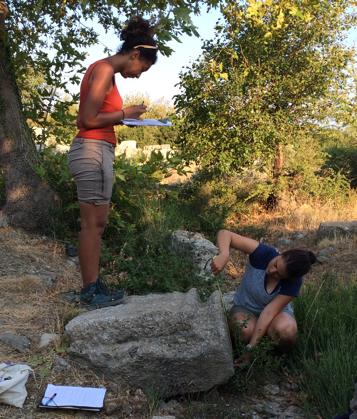 Our main goal for “Team Stoa” this summer was to relocate and identify, map, rock-type, and record as many of the 2,400+ blocks listed in the Stoa database on filemaker. In the field, we used the block charts created in 1991 to aid in our quest to locate the actual blocks. What we quickly discovered was that the block fields to the west of the Stoa have been significantly less disturbed that those to the east, because blocks have been moved on the east side to create a path for tourists.

The heroes of our story 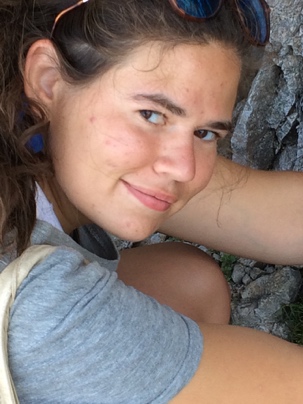 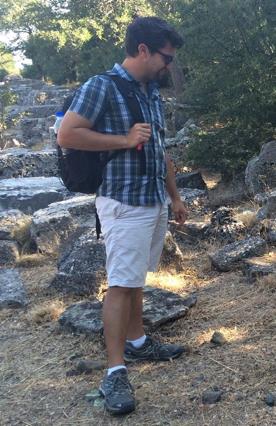 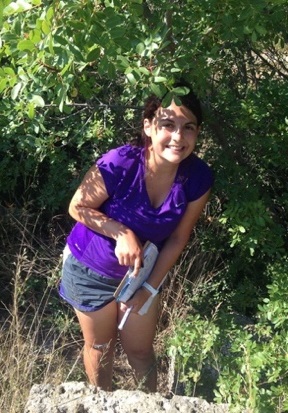 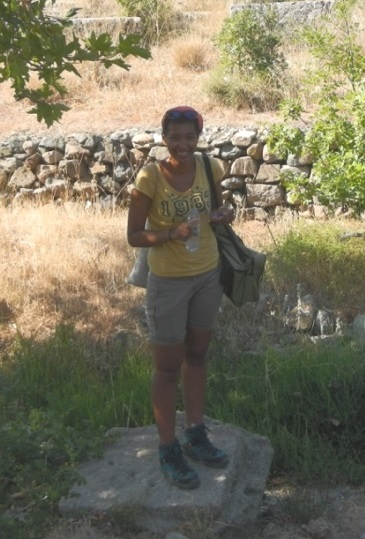 Equipped with measuring tapes, sharpies, clipboards, and 25-year-old maps (and a better grip on sanity than we ended with) four of us set out to take on the Stoa. We used a combination of measurements taken when the blocks were excavated, found in the block books, and more updated measurements already entered in the database.

However, identifying, labeling, and mapping the blocks was only half the battle; additionally, we wanted to determine the type of rock of which each identified block is composed. Collecting the data allowed us to observe a correlation between vugginess of dolomitic limestone (DL) and decorative detail. Mostly, blocks with architectural detail are made of a more massive, light tan dolomitic limestone, while a vuggier, light grey dolomitic limestone is the material for more general blocks. There are some exceptions. 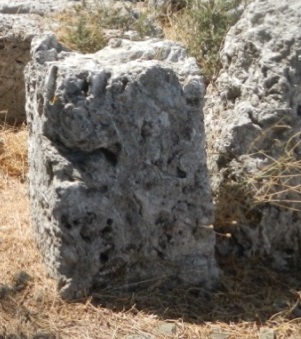 In order to determine the type of rock we did visual inspections of the blocks, noting the color, surface features (e.g. vugginess, calcite deposits), and fossils. The most diagnostic test we did to differentiate between the dolomitic limestones  and limestone and other types of rock was to drop diluted hydrochloric acid on to the rocks. In dolomitic limestone, there is a less vigorous reaction with the HCl because the principle mineral is dolomite (CaMg(CO3)2), as opposed to calcite in limestone. The acid does not react as much with the magnesium in dolomite as it does with the calcium in calcite. 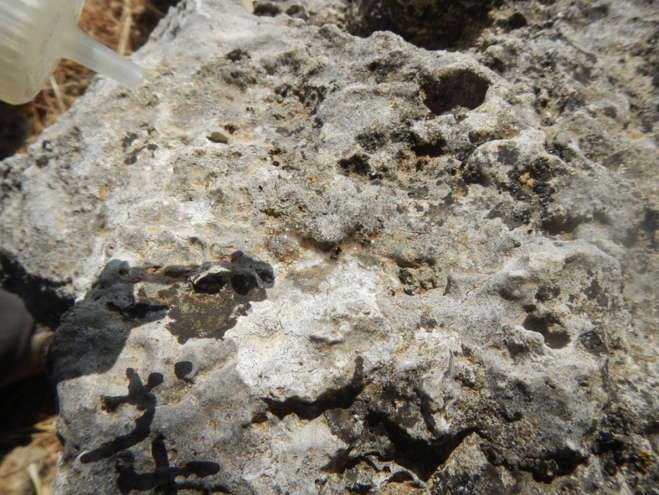 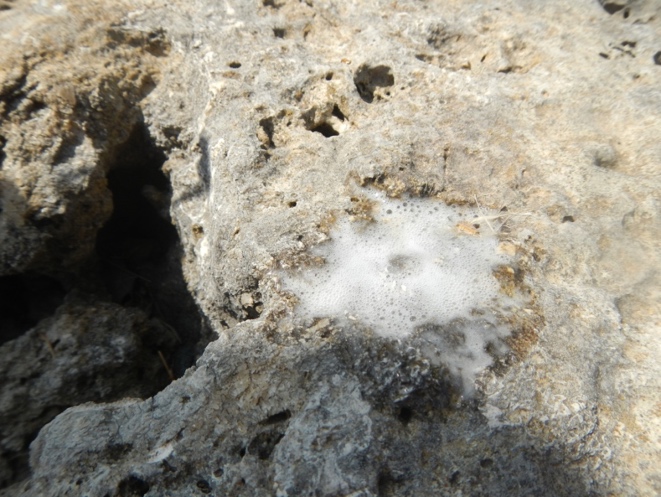 Vigorous reaction of HCl with Limestone

The Stoa team also took a brief hiatus from our beloved block fields to show some love for the Stoa itself and to hone our “vigourous sweeping” skills. We cleaned out the dowel holes, swept off the foundations, and uncovered the inner side of the eastern foundations along approximately half the length of the building. The purpose of this cleaning (other than building create forearm muscles) was to allow Michael to take publication quality aerial photos of the building with his drone. 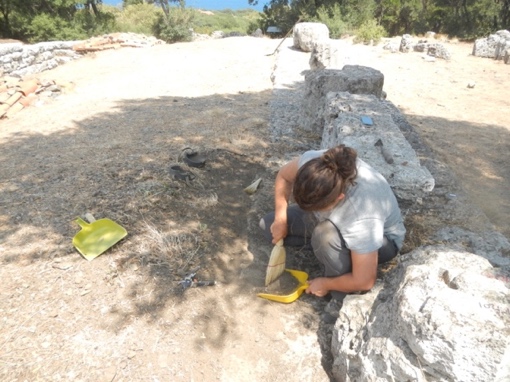 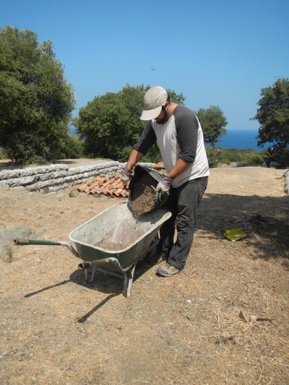 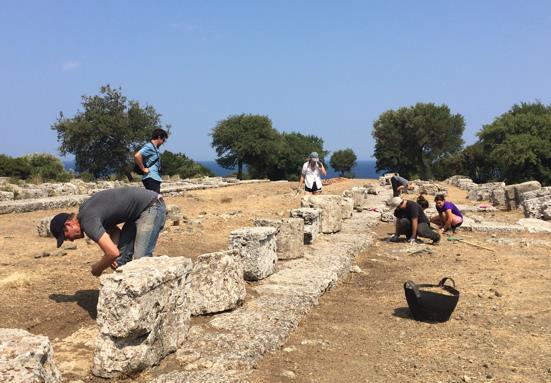