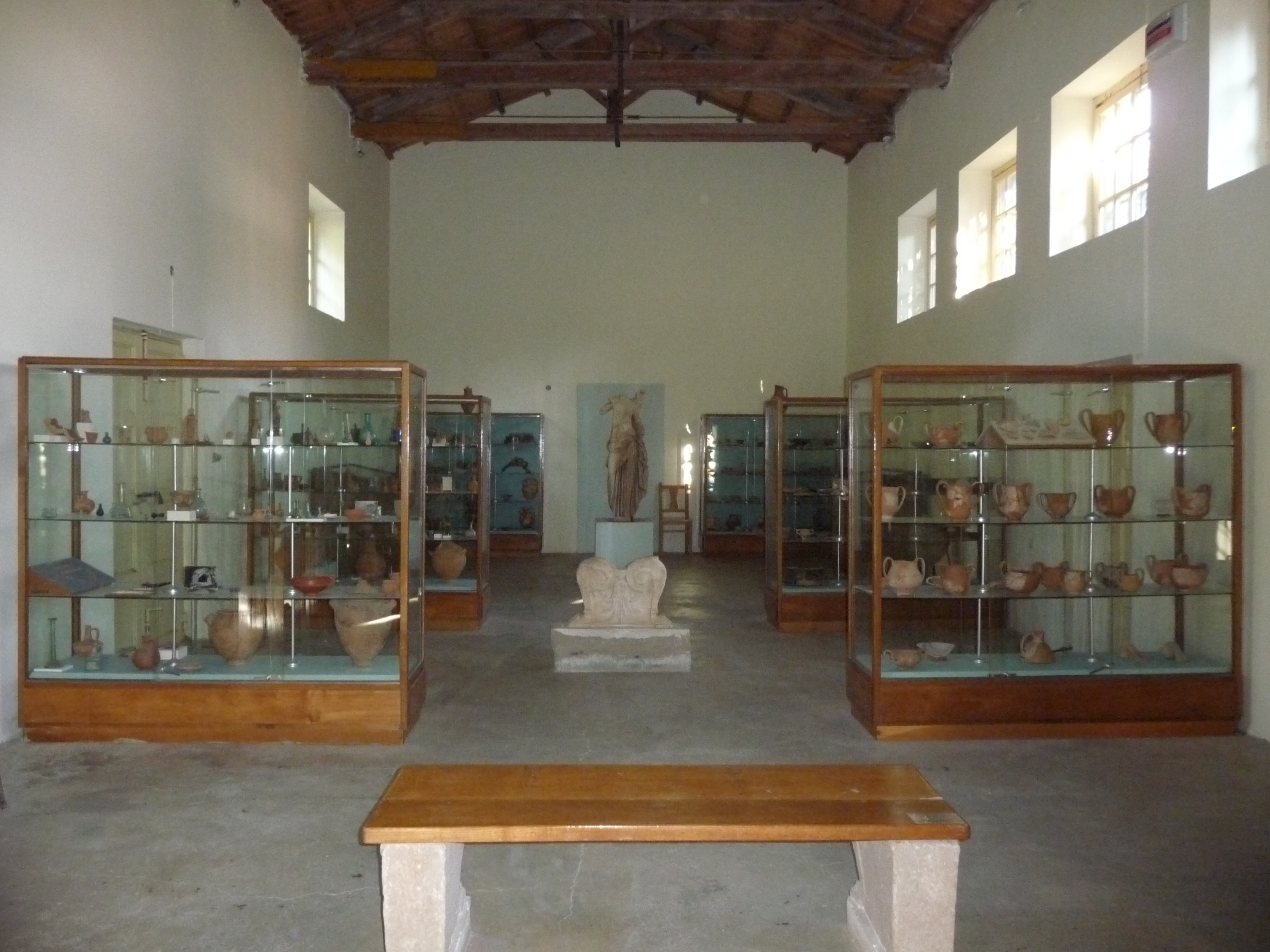 The museum in its current state. Nice, but it hasn’t been updated since the early 1960s!

Work on the Sanctuary of the Great Gods is always buzzing, even when excavations are not taking place. This season, the archaeologists at Samothrace are focusing on the publication of previous findings from the site, the reinstallation of the island’s archaeological museum and new research on previously excavated items.

I’m a graduate student in art history at the Institute of Fine Arts, New York University, and Gloria is a recent graduate of the same program. Our first task at Samothrace was to learn as much as possible about the Eastern Hill, the complex of buildings through which pilgrims entered and most likely exited the Sanctuary. We closely read Bonna’s soon-to-be-published volume on the area and helped with last minute details before sending it off to the publisher. (The book is over a decade in the making, so this was a great accomplishment!) We spent time up at the Sanctuary, getting familiar with the landscape and topography of the Eastern Hill.

When we thought ourselves to be “experts” on the place, we set about creating a proposal for Eastern Hill-related displays in the museum. We had to come up with a concept of how to group the items. Would we group them by type: i.e. lamps? By date: i.e. 3rd century material? One of the special things about our museum is that it lies just 500 meters from the archaeological site. Visitors get to see objects tantalizingly close to the places the objects came from. Gloria and I thus chose to group objects by the structures in which they were found. For example, we have proposed presenting mold-made lamps, wheel-made lamps and conical bowls together because hundreds of each were found in the Theatral Circle (a structure on the Eastern Hill), which suggests that they were part of the ritual that took place there. We hope that this organizational concept will give museum-goers an opportunity to view the objects in a way closer to the experience of viewers in antiquity.

We’d be interested in learning what you think about our concept! What are your favorite museum displays? How do you like objects to be organized? Do you prefer museums to be more educational or aesthetically-driven?