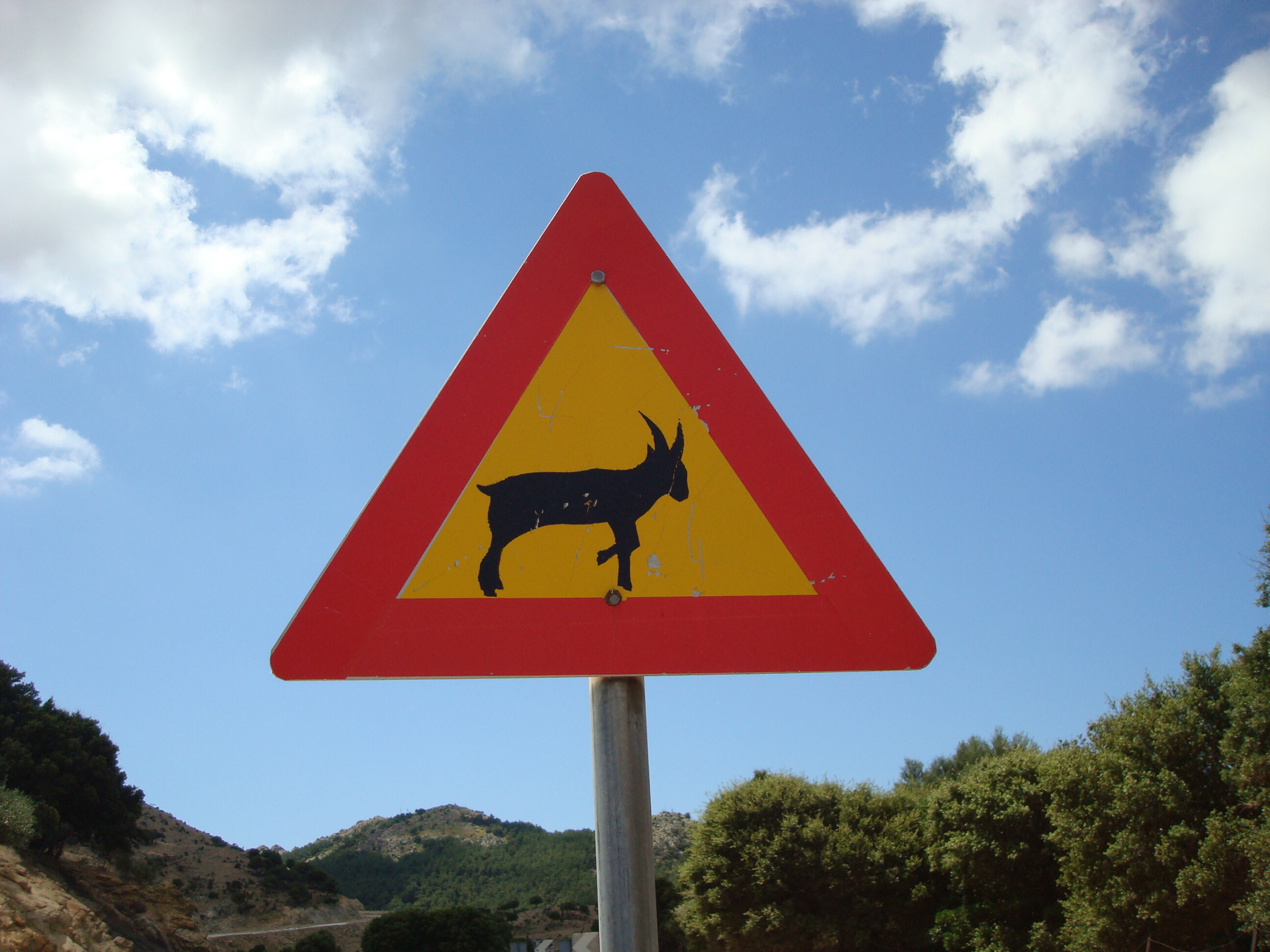 Even for those who have traveled to the island of Samothrace in past seasons, life on the island holds many surprises.  Dominated by the towering peaks of Mount Fengari, the island’s rugged, mountainous landscape is contrasted by the azure blue sea that surrounds it.  As one of our fellow teammates, Matthew, has remarked on several occasions, it is clear from the landscape why the ancient Greeks made up such epic myths about their origins.  Homer even reports that Samothrace’s own Fengari served as the vantage point from which Poseidon observed the Trojan War.

Our intrepid archaeological team has had its own share of heroic adventures and encounters over the past few weeks.  So, let us invoke the muses and begin our tale.

The wildlife of Samothrace is worthy in itself of an ode.  The island is known for its goat population and Samothracian goat was once considered a delicacy elsewhere in Greece.  Allegedly, the goats outnumber the human inhabitants 33 to 1.  Many of the goats wear bells around their necks as individual goatherders use distinctive bells to keep track of their herds.  The resulting sound as the goats traverse the island can be considered either melodious or cacophonous, depending on one’s point of view…or the time of day.

More sinister characters, however, lurk just beyond the island’s rocky shores in the Aegean Sea.  After our first day working at the site, four team members trekked to the seashore for some refreshment and relaxation.  Not long after our arrival, we encountered our first octopus, and it was not in the least bit interested in sharing its watery abode with a bunch of American archaeologists.  In a massive battle of wills, the octopus and the archaeologists squared off.  The octopus, however, brought reinforcements and valiantly defended its aquatic habitat from the encroaching Americans.  Octopi 1 – Americans 0.  (Never fear, in days since the shores have been free from the terrors of the territorial cephalopods.) 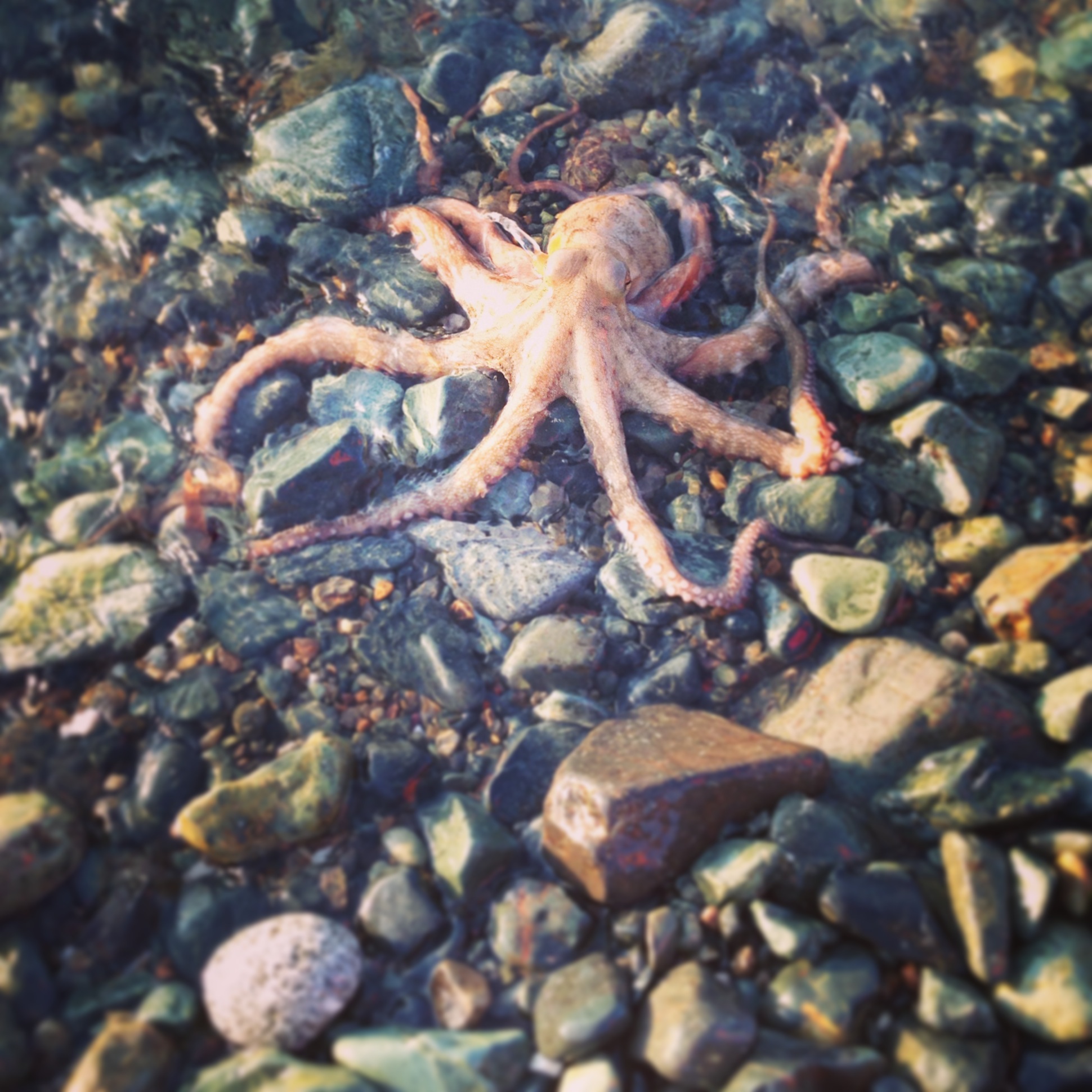 The defensive octopus from the beach

Even on land, however, Samothracian fauna can take on epic proportions.  Case in point, a caterpillar straight out of Alice in Wonderland joined us for dinner one evening.  Fortunately, neither it nor us became the main course, thanks to our canine companion/bodyguard’s valiant efforts to thwart the oversized insect. 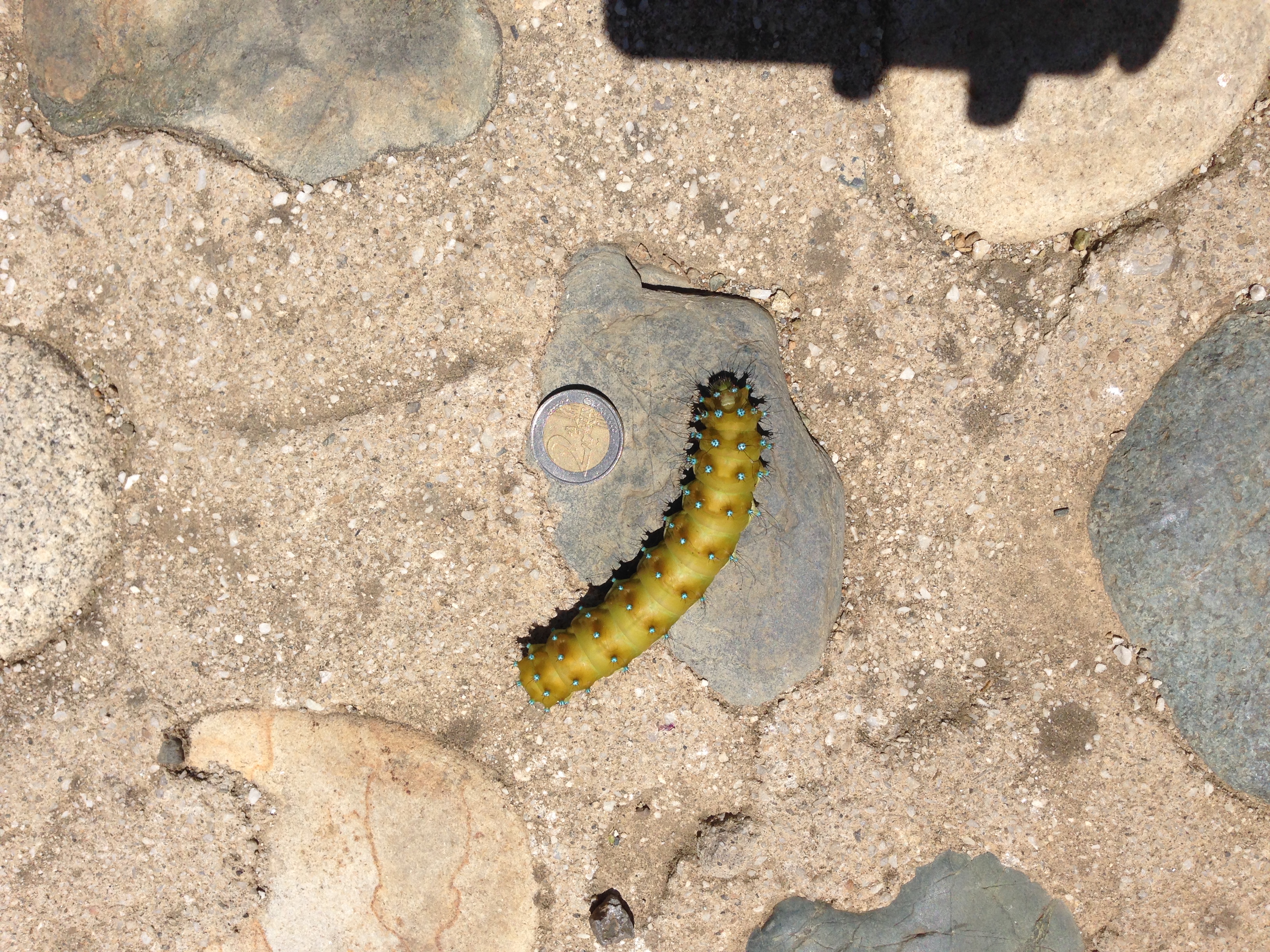 Our caterpillar dinner guest, with a 2 Euro coin for scale

While on the topic of oversized insects, the spiders that live in the woods outside the Sanctuary could easily have been the inspiration for those found in J. R. R. Tolkien’s novels.  They continually attempt to entrap members of the survey team with their vast and intricate webs.  Fortunately, our survey team has remained vigilant and we have yet to lose anyone to the spiders’ insidious snares. 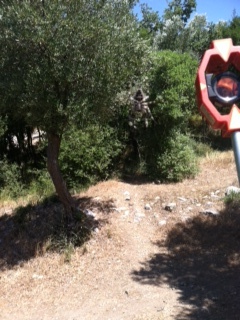 Super Samothracian spider encountered by the survey team.  The surveying prism to the right of the spider is for scale.

Fortunately, our hotel and team members are vigilantly guarded by one of the greatest heroes in all of Greek mythology: Hector.  The Trojan prince has been reincarnated as an adorable, fluffy dog who not only protects our hotel from potentially wayward goats and Cyclopean insects, but also happily serves as the mascot of this year’s excavation and provides much entertainment with his gleeful antics and brazen culinary thievery. 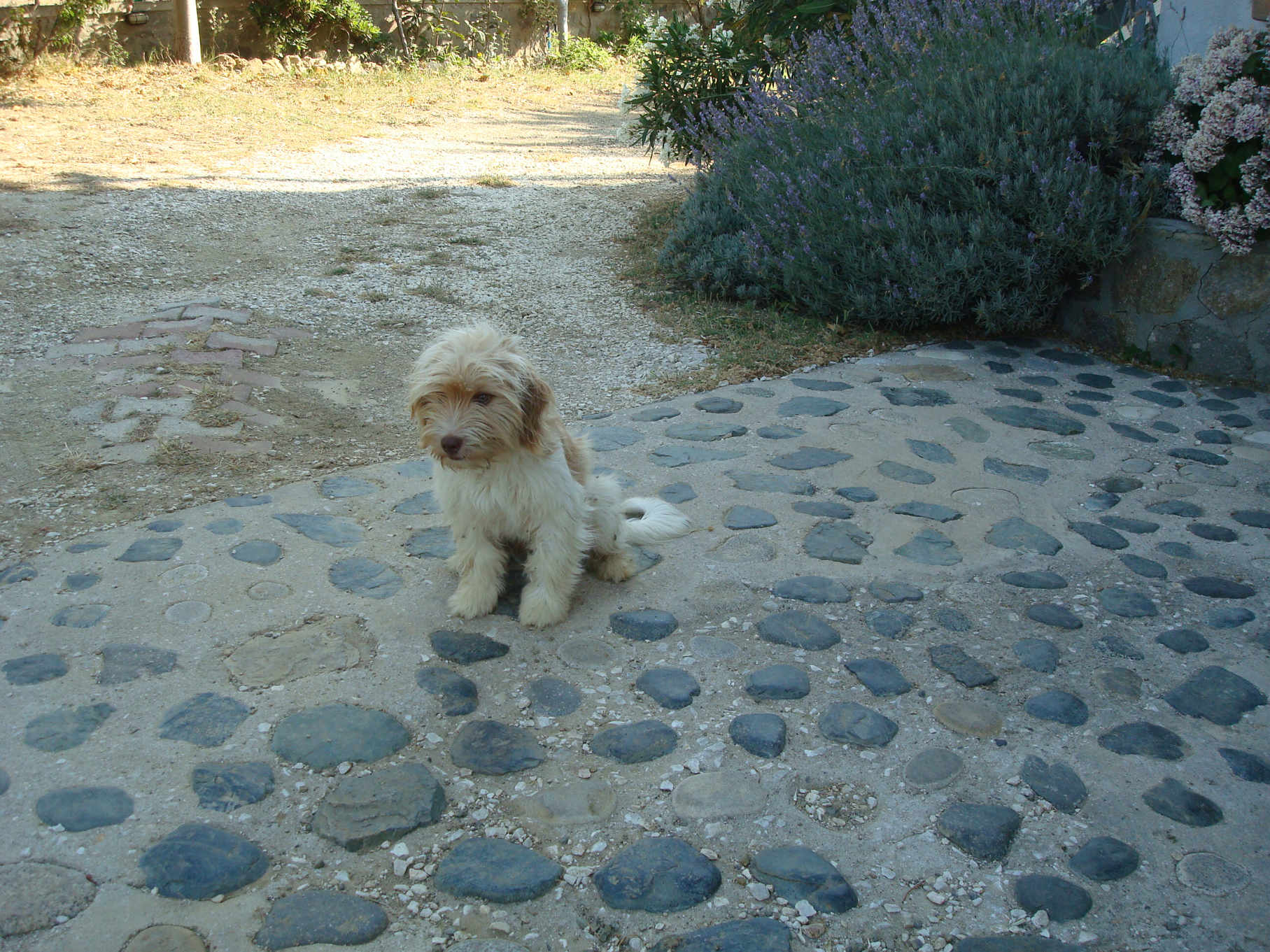 While it may seem that the 2014 team is frequently engaging in valiant battles with the Samothracian wildlife, we actually spend more time appreciating the beauty of the island and the generosity of our Samothracian hosts.  We have made several visits to the charming town of Chora, a mountainside village with gorgeous views, quaint shops, and delicious food. Julianne, Chase, and Hannah enjoying a local taverna in Chora with an unbeatable view

Among our adventures on Samothrace, we have trekked to some of the island’s stunning waterfalls, where we swam in the crystal clear water that pools at their bases.  We have also hiked to other archaeological sites on the island and enjoyed a number of (octopus-free!) beaches, each experience opening us up to new aspects of island life and topography. One of the beautiful waterfalls found on the island

The natural beauty of the island can be expressed neither in words nor pictures.  Our temporary home on the shores of the Aegean beneath the slopes of the mountain is one we appreciate daily and is well worth the occasional skirmish with a voluminous insect or incensed octopus.