According to Wikipedia, Yahoo, and numerous other (questionable) internet sources, July 26th in America is “All or Nothing Day,” a day in which extremes and going-for-broke are condoned as well as celebrated. Here in Greece, however, we celebrated the name day Parakseuis, which means “Friday” in Greek. Each day in the calendar is associated with a name, and certain important name days are treated as holidays.

Throughout the morning, sporadic church bells and an unusually large influx of visitors heralded the special nature of the date.  During our mid-day siesta, Desi, Becky, and I meandered down the beach to a little café where a festival was being held. Situated in a clearing in the trees, in the shadow of a cliff with an ancient tower perched atop, the space was both picturesque and ideal for social gatherings.

As the population of the entire island of Samothrace is under 3,000 people, a significant fraction of the community must have been gathered within the yard. Outdoor tables were crammed with people, and throngs of Grecians lounged under the shade of the trees. Multiple generations of families living on Samothrace came together to celebrate. 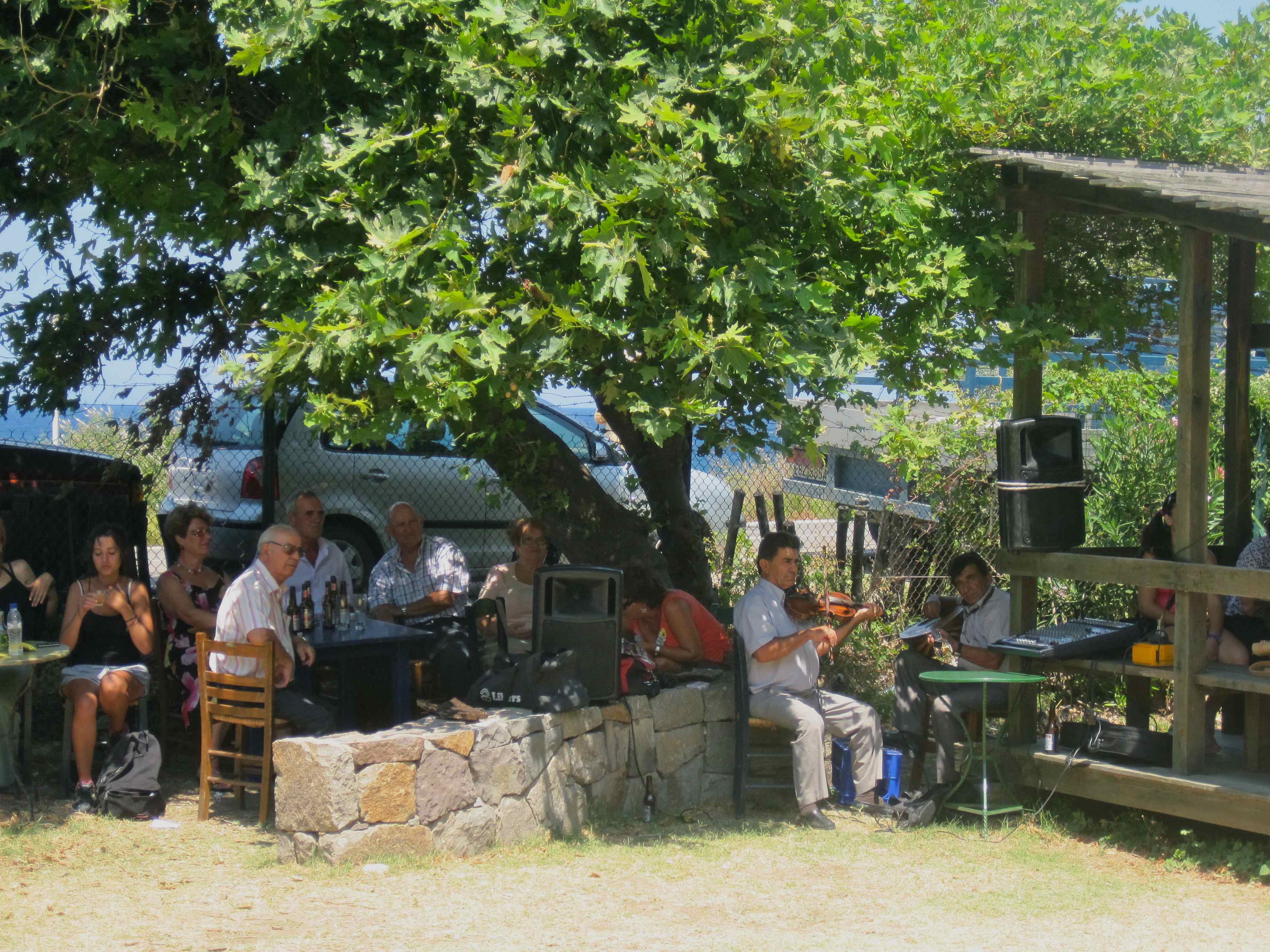 Smoke wafted from several cooking fires, carrying the scent of roasting meat. For five euros, we purchased an enormous plate of rice stewed in goat broth, two shanks of roasted goat, and a crusty roll to share between us. A delicious (second) lunch! 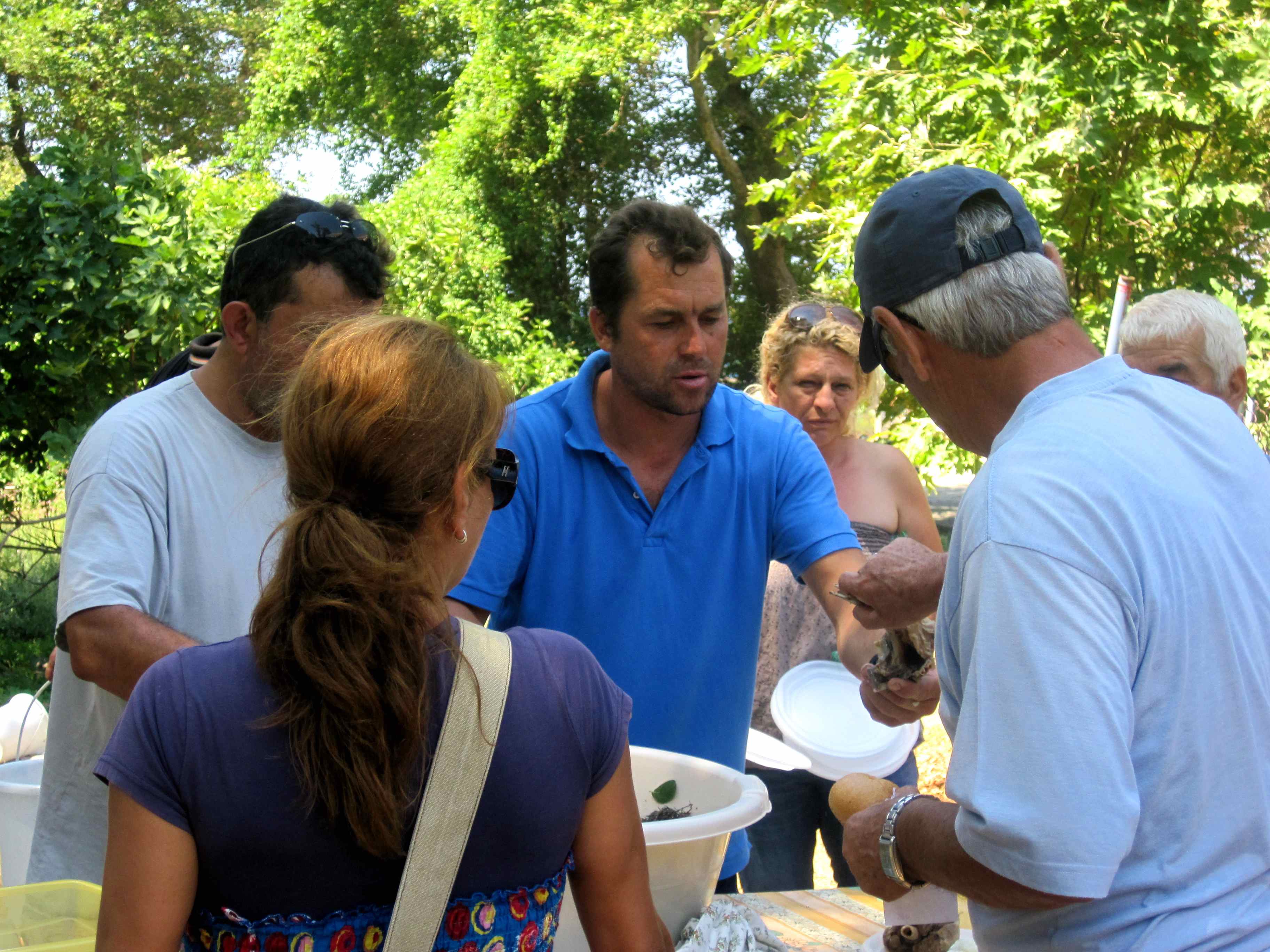 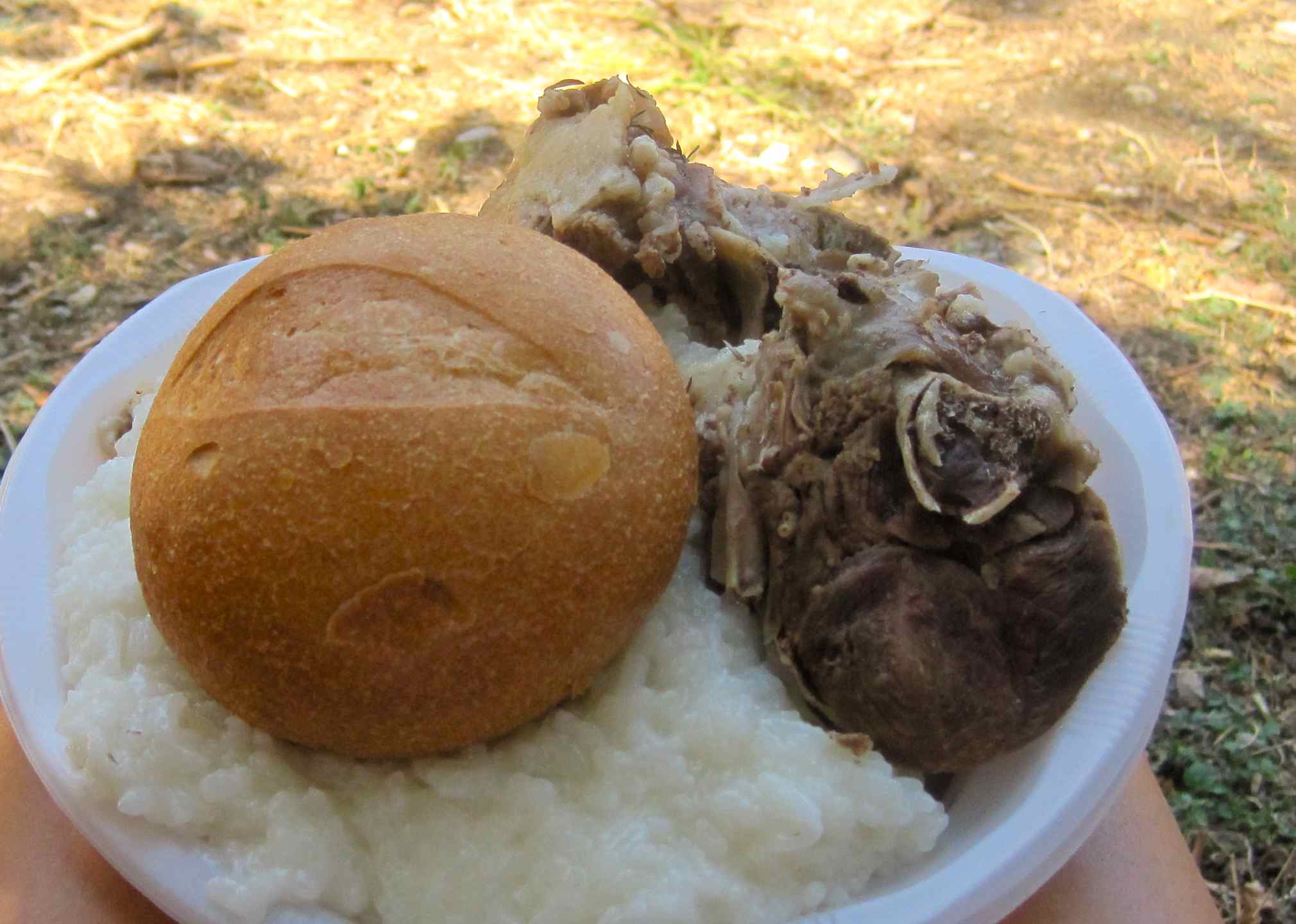 As we ate, we chatted with several of the local Greek individuals and listened to traditional Samothracian music, played on string instruments. 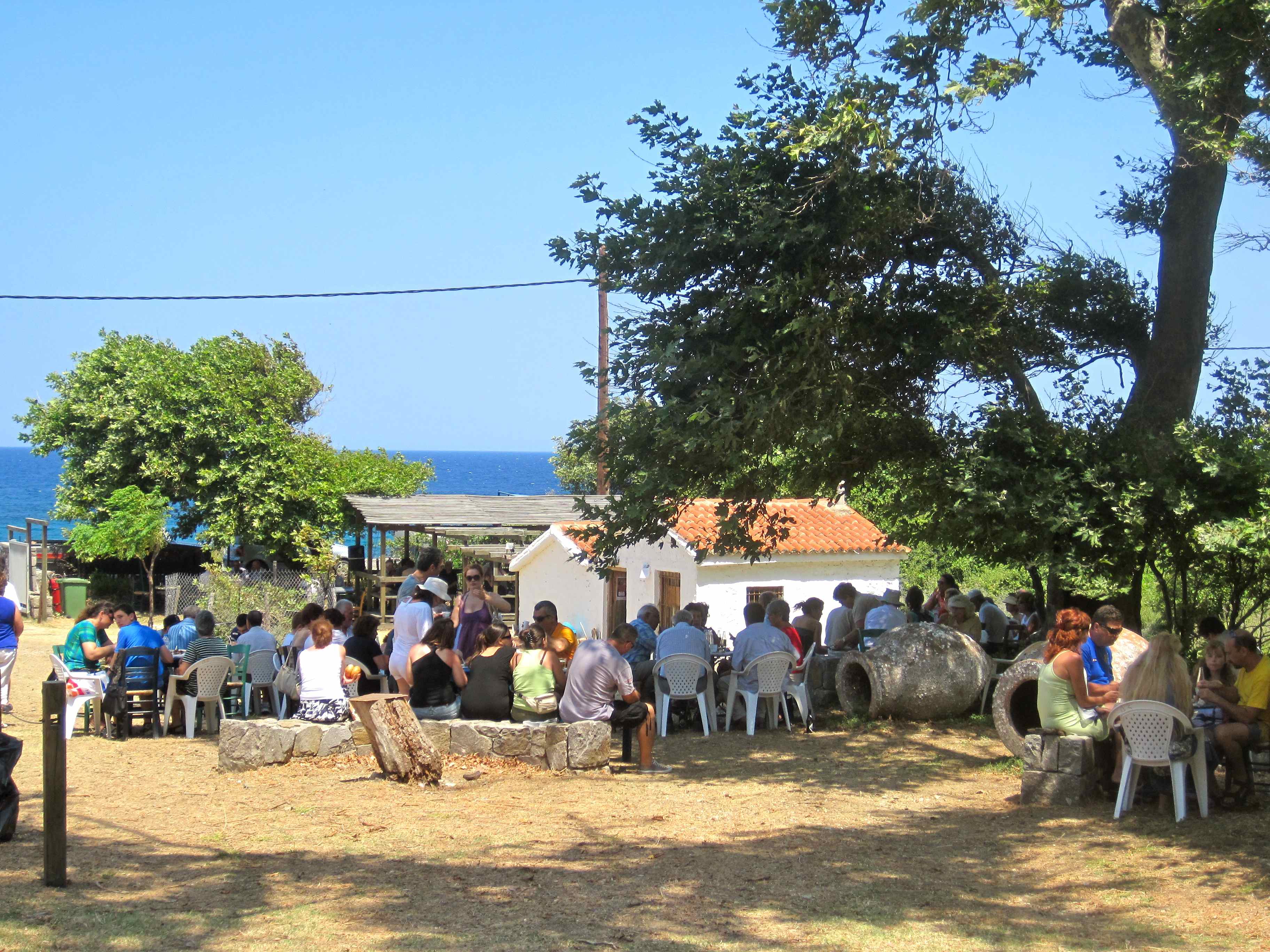 It was an incredible opportunity to interact with members of the local community and experience Samothracian customs and traditional home cooking. Most of all, though my English undoubtedly advertised my foreign origin, I felt completely welcomed and accepted into the community!