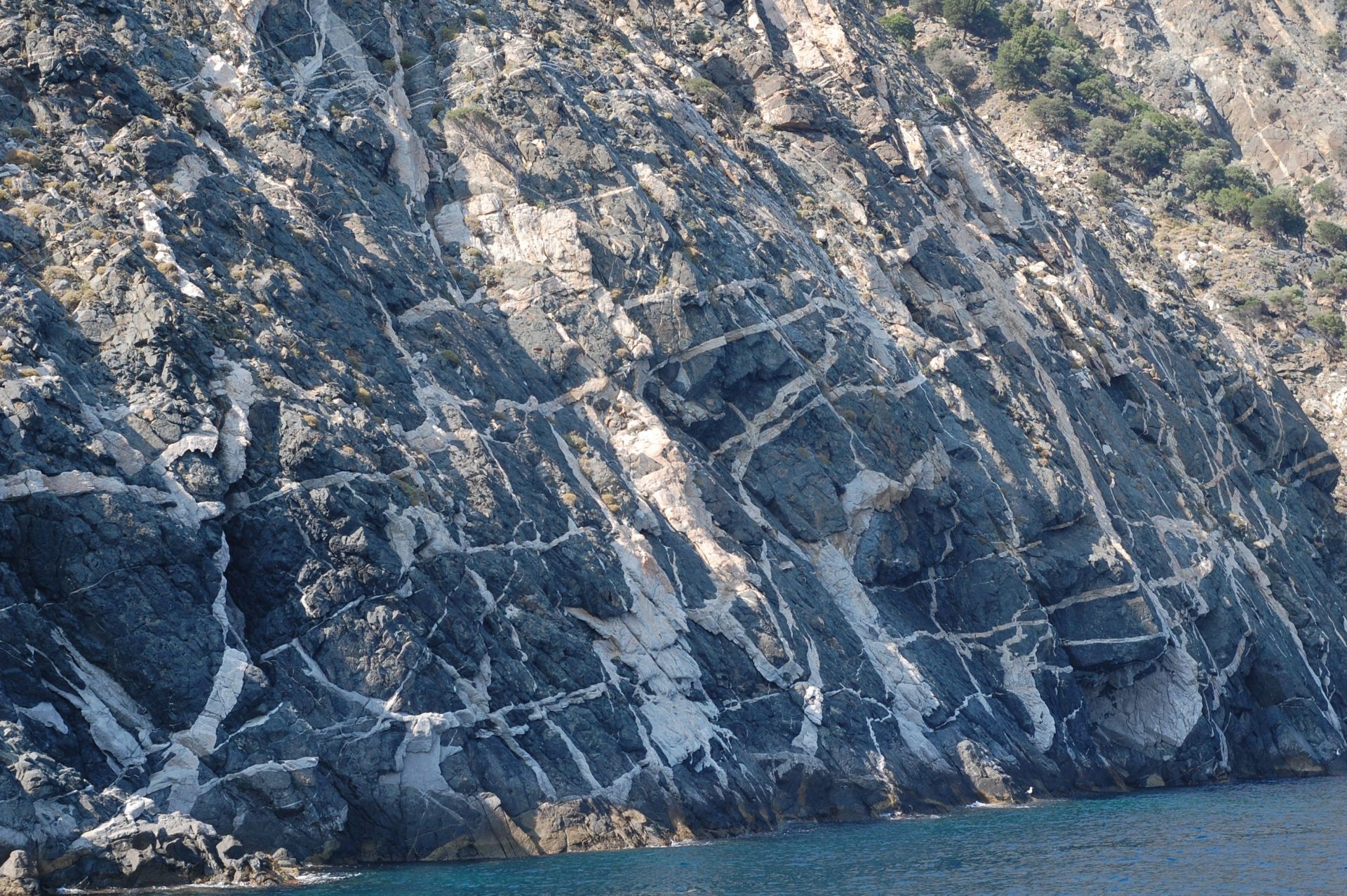 Samothrace – “The Crust of the Earth”

Samothrace has a variety of rocks that were used by the ancient Greeks in their construction, including in the “Sanctuary of the Great Gods”.

The origin of these rocks reflects the sometime violent history of the island. The southern margin is truncated by the long-active Anatolian Fault. Major earthquakes and vertical upheaval of the sea floor have tectonically juxtaposed rocks of different geologic origins. One of the more interesting rocks in the Sanctuary is called pillow basalt (Fig. 1). 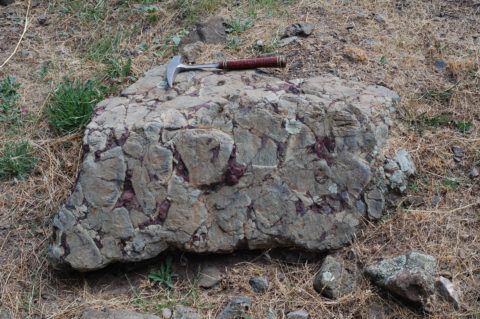 This rock seems to have been revered by the ancients and is seen as a sacred altar stone in the Sanctuary. Pillow basalt only occurs as sea floor eruptions throughout the world’s ocean floor and is considered one of the main components of the crust of the earth. On Samothrace these rocks are dated as Jurassic in age (200-145 mybp). Nearer to the present time, large intrusions of light-colored granite magma shot through the basalt producing spectacular outcrops (Fig.2). 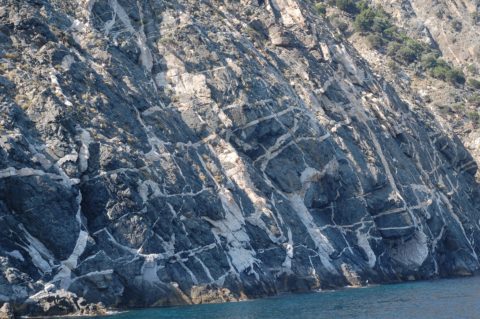 These granites are dated at Late Oligocene (34-23 mybp) and were produced by the collision of major tectonic plates is this region that partially re-melted existing rocks producing granite magma. These granites are the second most abundant rock making up the crust. Therefore, Samothrace displays both of the major components of the of the crust of the Earth.