Three large, rectangular structures successively occupied the same general region at the northern end of the Central Sanctuary: the Orthostate Structure, the Proto-Anaktoron, and the Anaktoron. All three buildings are comparable in size and shape, and therefore likely served a similar purpose.  The foundations of the earliest of these buildings, the Orthostate Structure, stretch from the southernmost part of the Anaktoron beneath the Rotunda of Arsinoe, breaking off south of the latter’s foundations. The structure is oriented north-south.  Two cross walls divide the space into a large, square central section (10 m x 12 m) and two small sections (10 m x .75 m each), one on the north end and one on the south end.  The cross walls, which survive only in the lowest courses, are composed of tufa ashlars arranged as orthostates forming each face of the wall, bound by headers at regular intervals and capped by a string course.  Only the groundplan of the structure is clear. It cannot be determined whether the divisions created walled rooms, nor can it be determined whether the structure was a roofed building or an open precinct.  Along the eastern side of the structure is a low terrace formed by of boulder retaining wall.  It could be earlier than the main structure and most likely functioned as a viewing area for those who attended the ceremonies.  In the southern section of the Orthostate Structure, excavators discovered the remains of a sacrificial pit. 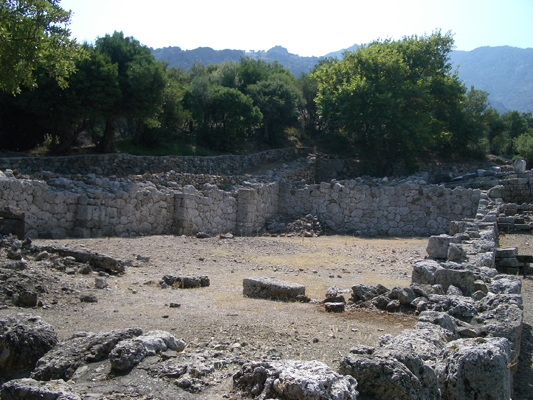 To the north of the Orthostate Structure, but not as well preserved, lies the building called the Proto-Anaktoron. It too was a large, rectangular structure, approximately 31 m long.  The eastern foundation of this structure is so eroded that it is impossible to estimate its width. It is hypothesized that the Proto-Anaktoron corresponds with the construction of the Rotunda, replacing the Orthostate Structure when it was covered by the construction of the Rotunda. 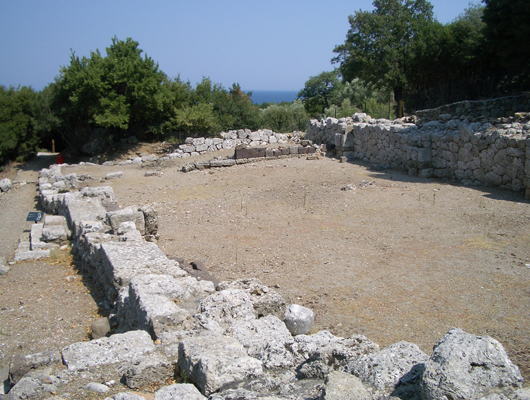 It is likely that the same earthquake that caused widespread damage throughout the Sanctuary in the early Imperial period also destroyed the Proto-Anaktoron.  The Anaktoron was then built in its wake.  The Anaktoron faced west and could only be approached from the south. It was set deeply into the hillside in such a way that when approached in antiquity, the lower parts of its eastern and southern walls were not visible. Three doorways pierce the western wall. The walls were constructed with polygonally shaped limestone blocks, held together by mortar and supported by stone piers along the interior long walls.  The walls and piers provide evidence that a timber roof enclosed the space and that the interior was covered by white stucco. The floor was higher in the northern section of the building and formed an inner sanctuary into which, Lehmann hypothesizes, pilgrims were only allowed to enter after initiation. The evidence for this assertion is a marble stele found in the vicinity, bearing an inscription that prohibited the entry of the uninitiated.  Benches lined the eastern and northern walls of the main chamber. 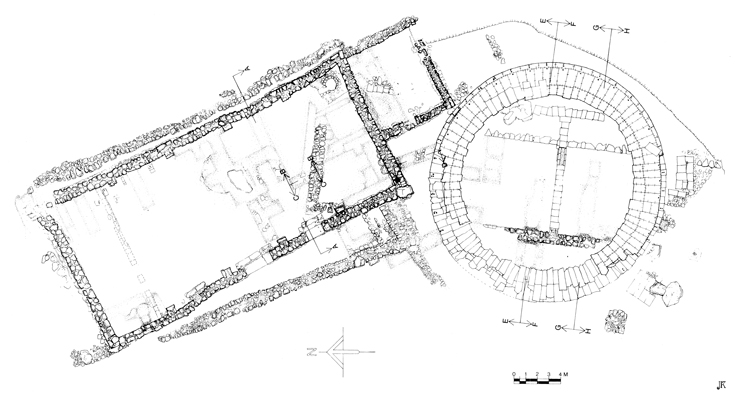 The fact that three buildings of very similar design were successively built in the same area indicates the significance of this location and structure to the initiation rituals of the Samothracian mysteries.  K. Lehmann identified the latest of these structures with the first level of initiation, myesis.  However, in light of the discovery of the Hall of Choral Dancers, this function has been called into question.